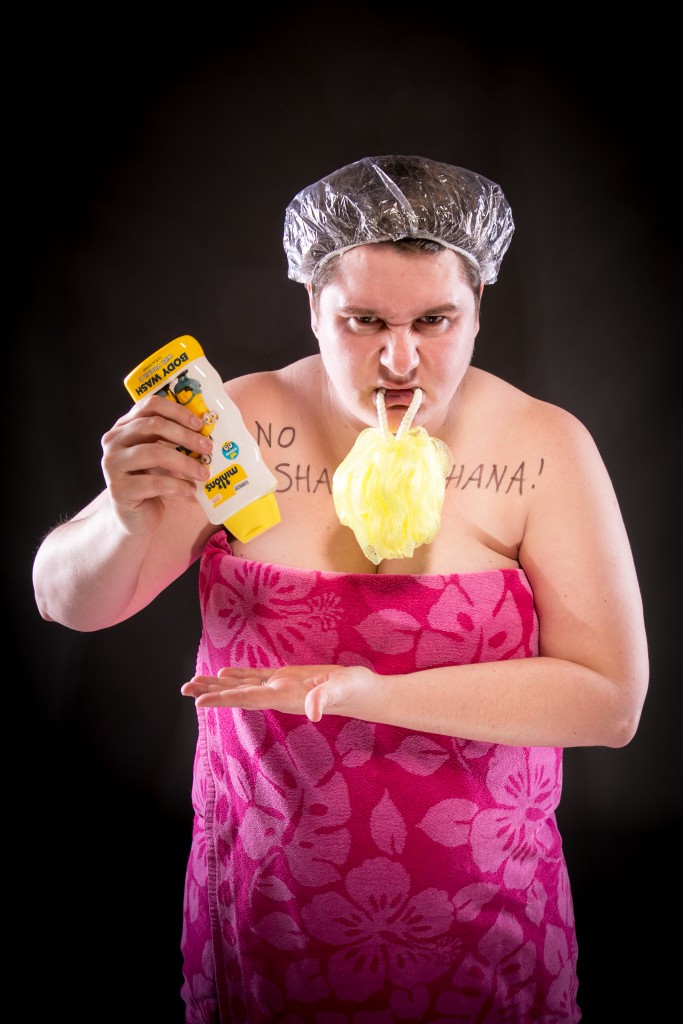 Bio:
Shana was a law abiding citizen who had a surprisingly large amount of unpaid parking tickets and ended up being sentenced to 100 days in the slammer. When she got there, she became known as "No Shame Shana", one of the most feared women in the system. 100 days quickly became 10 months after bad behavior, including inciting riots over the food, protesting the lack of shower supplies, giving prison tattoos and stealing sneakers from the new inmates. NSS started working out everyday - but only her biceps. She settled all inmate squabbles through arm wrestling and soon began to be known for her ruthless behavior on and off the arm wrestling prison circuit.No Shame Shana doesn't care if you are strong or weak, but she is obsessed with cleanliness. She showers three times a day and is willing to do anything to make sure that people have access to clean and adequate bathrooms. She's been out for 2 months now and has been preparing for the April Showers by volunteering at the IRC as part of her probation agreement. She mops, she cleans and she is an arm wrestling machine! She is feared by all of the men and women at the IRC, the day center for people experiencing homelessness in Greensboro. She will do whatever it takes to raise money for the Renovation Project that is underway at the IRC -- turning her no-good attitude into positive change for the guests at the IRC.
Jeni from the Cell Block